Happy walking under blue skies around Lubrin, Almeria in Spain

Twenty years ago my wife and I visited Almeria, the easternmost province of Andalucia for the first time and discovered the authentic Spanish mountain village of Lubrin.

We walked through the narrow streets and observed the children playing “shop” with their cardboard counters and toys they no longer needed. Groups of neighbours were sitting outside the houses chatting and fanning themselves to keep cool. It was evident that the family unit was strong and still very important in creating connections, forming the glue of the local community.

On reading about Lubrin we discovered that it had a close similarity to the place where we were both born, a small village in a South Wales valley. 150 years ago the livelihood of the people of the village of Ynysybwl was based on agriculture, the same as it was in Lubrin. The discovery of coal in the Wales valleys and lead and iron ore in Almeria changed the economies of both villages with a move away from agriculture to mining. 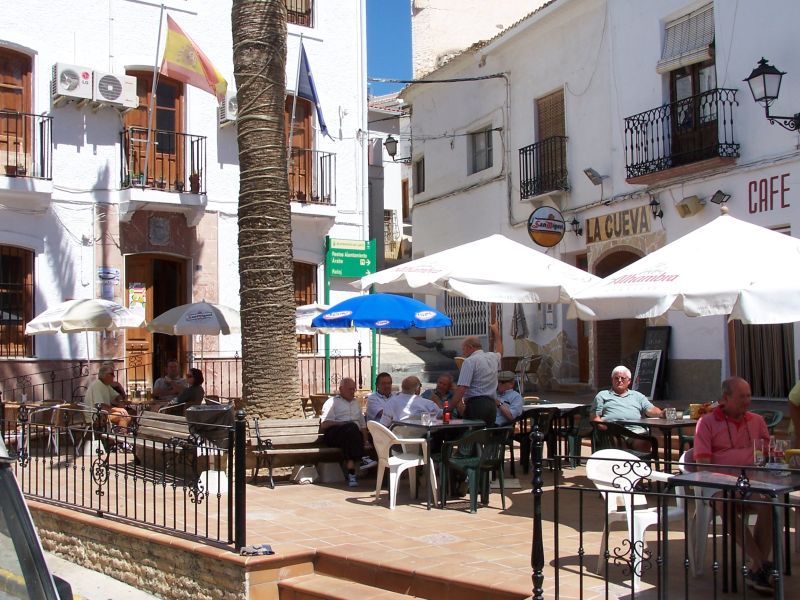 The relaxed pace of life in Lubrin

In 1786 my Huguenot ancestors fled the Catholic persecution of the Protestant faith and crossed the English Channel to Dorchester and to the nearby village of Farrington. As a matter of interest my ancestor was a Cordwainer, a shoemaker, who used the finest goatskin leather from Cordoba in Spain, so there was already a link with Spain in my family history. About 100 years later the Vincent’s arrived in South Wales to become coal miners and established the root to my professional career as a surveyor.

The decline in mining and the general depression of the middle part of the 20th century caused nearly a million Andalusian people to leave their homes to find work in other parts of Spain, Europe and even as far away as America. The Fiesta del Emigrante, held in the second week of August, celebrates the sacrifices made by the men of Lubrin who worked for 20 years in Germany in jobs such as manufacturing sausages or driving buses.

At the same time the coal deposits in our South Wales valley became worked out and the mines closed. I too had to leave my village and went to Africa to work in the copper and gold mines. I was fortunate to be able to take my family with me.

We were very fortunate to discover Lubrin and very soon we had the opportunity to buy an old cortijo, the local name for farmhouse, sitting on 1 hectare of land, within a 5 minute walk of the centre of Lubrin. For the next 6 years we rehabilitated the building and converted the terraces into a series of terraced gardens with Almond, Olive and Pomegranate trees set in lawns with borders of Oleander and Grapevines.

We were able to share, with family and friends, a house so full of character, set in mature and interesting gardens, with truly panoramic views, providing peace and tranquillity yet only a 5 minute walk to the village.
To support the declining traditional livelihoods of Lubrin, such as farming and animal husbandry, we buy local produce and we make an effort to have a very low impact on our local environment. We are proud members of Responsible Travel. Cortijo Fuente Arriba is now an established walking destination that, not only offers memorable walking, but offers a sense of adventure, discovery and learning.

John, Paul and Sara would love to be your hosts and show you this fascinating part of Spain. You can read more about what they offer here: Walking in Almeria, Andalusia : Walking holiday with both guided and self-guided options in Spain

Beautiful views from the Cortijo terrace

Walking in the Heart of Almeria, Spain

John discovered the beautiful Lubin region more than 20 years ago, and has helped his guests enjoy the traditional rural life and fabulous walking trails ever since.