Walking in the Pays de Gâtine 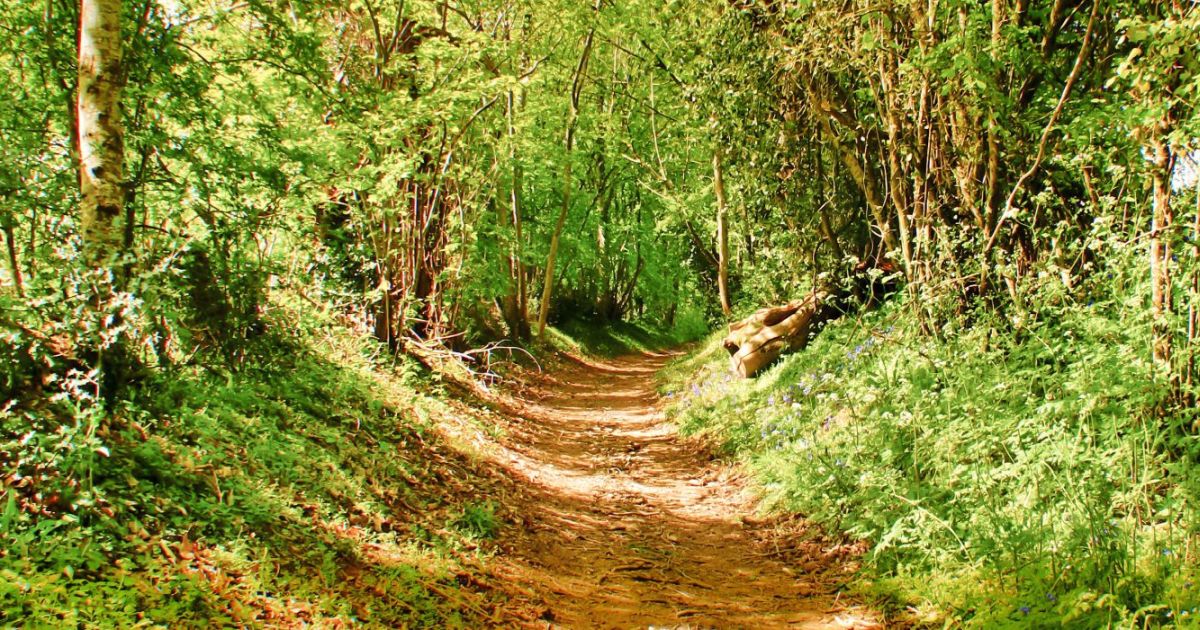 Self-guided walking holiday in the Superb Pays de Gâtine in France.
Celebrated for its idyllic surroundings, this region in western France offers delightful walks in unspoiled countryside. Explore hundreds of kilometers of little-used paths, tracks and country lanes that meander in an undulating landscape of woods, pastures, orchards, hamlets and villages.

Your hosts Carolynn and Peter have been running walking holidays for over 20 years and offer exceptional hospitality, great food and wine and a marvelous ambiance – all the essentials for a happy and memorable walking holiday.

Accommodation in the Pays de Gâtine

The single-centre self-guided walking holiday is based at a small private Moulin in an idyllic, leafy valley in Deepest Rural France – remote and yet easily accessible. Le Moulin du Chemin is notable for idyllic surroundings, delightful unspoiled countryside with varied and interesting terrain, first-class accommodation and facilities, great food and wine, a wonderful ambiance and a reasonable price.

Le Moulin du Chemin has five comfortable guest bedrooms of great character, either double- or twin-bedded, each with en-suite shower or bath. Guest rooms have tea- and coffee-making facilities, towels, hairdryers, shower gel, shampoo and soap, etc. The Moulin’s private pool is heated to 27-29°C and open mid-April to end of September – pool-towels are provided.

All accommodation, meals and drinks during the holiday are provided at the Moulin.

Breakfasts are served in the sunny dining room and consist of crusty French bread and croissants brought each morning fresh from the boulangerie, sweet local butter and creamy honey, homemade jams of local fruit and freshly-brewed coffee, tea, tisane or chocolate. Muesli, cereal flakes, dried fruit and yoghurt are also provided at breakfast as well as a generous selection of seasonal fresh-fruits.

Aperitifs-at-seven on the patio are followed by a four-course evening meal in the dining room, comprising starter, main course, a wonderful array of cheeses, pudding and coffee (or tea, vervane, camomile, etc). Every day a different menu. Superb vegetarian food is available (advance warning is needed for vegetarian or any other special diet). Wholesome, fresh local-produce (organic when possible) is used for all meals prepared and served at le Moulin du Chemin. Processed and pre-prepared foods are avoided, so that the food preservatives and artificial flavourers, texture and appearance enhancers that are almost inevitably part of normal daily diet are rare, or non-existent, in the cuisine.

Plenty of excellent wine is served with the evening meal. More than twelve different French wines of great character are served during a six-night holiday, during aperitifs and with the evening meals. A guest-fridge with wine, beer, fruit juice, soft drinks and cider is available 24/7 free of charge.

The tap-water is pure and soft and from a natural source. It has not been recycled (except by nature), making it much more desirable for drinking. The holidays are environmentally sustainable and have been accredited under the strict criteria stipulated by Responsible Travel. Walking holidays have been operated from this le Moulin du Chemin for twenty years under the same proprietorship. Guests say that just being at the Moulin is a wonderful tonic.

Walking in the Pays de Gâtine

The walks are based at a Moulin situated in a leafy valley in an idyllic part of western France, known as the Pays de Gâtine. Le Moulin du Chemin is remote and yet easily accessible. It was formerly a watermill, dating from at least 1643, and is situated at a point where three country lanes meet. Within two or three hundred meters, each of the lanes divide, leading to hundreds of kilometers of little-used paths, tracks and country lanes that meander in an undulating landscape of woods, pastures, orchards, hamlets and villages. It is wonderful walking country.

Wild flowers grow in profusion, butterflies are plentiful and there are many species of bird and numerous wild creatures. Among the abundant flora and fauna there are several species that are quite unusual. Ancient hedgerows are common and include trees laden in season with cherries, plums, apricots, apples, hazelnuts, walnuts, blackberries, etc.

For guests who arrive without a car there are more than enough walking routes starting and finishing at the Moulin, for a six-night holiday. A few other routes start from nearby places of interest and require a short car journey. The walking routes have been carefully selected to give variety, interest and distances to suit various preferences. Your hosts are always pleased to discuss the routes and to propose short-cuts or how to make routes longer.

After each day’s walking guests can cool down with drinks from the gratis 24/7 guest fridge (beer, cider, soft drinks, fruit juices, and wine) and chill-out by the attractive pool and terrace at the Moulin, until the aperitifs-at-seven each evening.

The distinctive landscape of le Pays de Gâtine – like no other in France – owes its characteristics to the underlying geological formation – the Amoricane* Formation. The rugged and wild coasts of the West of Ireland, Devon and Cornwall in South-west England, Britany in France all are part of the same geological structure, and le Pays de Gâtine is the southernmost extremity. Being inland, le Pays de Gâtine is more-mellow and less wind-swept than the coastal northern parts. Apart from the Alps, the Massif Central, the Pyrenees and the Jura, France is mainly a plane, eroded in places by rivers. The unmatched Pays de Gâtine is an exception.

(* It is of interest to note that a well-known dish in Britany is known as ‘Homard à l’amoricaine’ Amoricaine Lobster, after the geological formation. The same dish is served in Parisian restaurants but it is often transcribed as ‘Lobster Americaine’).

Mass-tourism is unknown in le Pays de Gâtine. The region is known only to a small number of visiting tourists and since the local population is few and far between, you will see hardly another soul on most of the walks.

On arrival guests are provided with a Personalised Dossier containing a set of walking routes and possible alternatives for the holiday. The Personalised Dossiers are adapted to suit individual requirements, such as arrival without a car (where all the routes start and finish at le Moulin) and with a car (including some routes where a short drive is necessary to reach the walk). The six-night itinerary has many options.

The walking routes are illustrated by large-scale high-lighted maps and detailed route notes, printed on plastic laminated A4 sheets. The appropriate IGN 1:25,000 printed maps are also included in the Personalised Dossier.

Sunday PM – Apple & Woodlouse Walk (La Sentier d’Interpretation). An afternoon walk to stretch your legs after the journey and giving you a chance to become orientated with the district. Undulating, pretty and unspoiled. The route is also way marked. 6km/4miles. Starts and finishes at le Moulin.

Monday – Les Cinq Communes Walk. Up the rocky track south from le Moulin, through woods with spring orchids. Past a patchwork of timeless pastures and ancient hedgerows, pan-tiled farmhouses and a 1619 fortified farm. Swallowtail butterflies, hoopoe and hen harriers. 14km/9miles. Starts and finishes at le Moulin.

Tuesday alternative – Coulonges Country Market and St Pompain. Visit the vibrant local-produce market at Coulonges-sur-l’Autize on Tuesday morning. See the last remaining pissoire in the whole world. Walk in the venelles of St-Pompain. Climb the abandoned viaduct, have a picnic by the Roman Bridge and stroll in the cool walnut groves. 13km/14miles. 20 minutes’ drive from le Moulin.

Wednesday – Le Beugnon Lakes Picnic. A civilised picnic to which all le Moulin guests are invited, with a table laden with good things brought by you hosts – fresh baguettes ‘traditionnel’, local country paté, free-range eggs (hard boiled, of course), various flavourful cheeses, chilled rosé wine and many other items, according to the season, on the sunlight-dappling table cloth. The route from the leafy valley of le Moulin leads through pastures, woods and orchards and past lakes and rivers. Hoopoe, hen harrier, golden oriole. Shorter Picnic Walk, 13km/8miles or Longer Picnic Walk, 19km/11miles. Both routes start and finish at le Moulin.

Friday – Route du Fenioux. Spring-flower meadows where European Otters have been seen. Hazel and walnuts in the autumn hedgerows. The sleepy village of La Fazilière has a way marked detour to the restored lavoir and steeping-ponds of ancient basket makers. 26km/16miles. Starts and finishes at le Moulin.

Friday alternative – Mervent Lakes and Forest. Choice of way marked walks. Majestic deciduous forest, dappled sunlight and lakes. Mervent dam and the grotto de Père de Montford. 5, 7 or 11km/3, 4 or 7miles. Visit also the nearby Medieval Fortified Village of Vouvant where there are other agreeable walks of different lengths. The 40 minutes’ drive from le Moulin is also well worthwhile.

Saturday – Departure after a leisurely breakfast

There are several other delightful, interesting options and you hosts will be pleased to provide these.

Two solo guest are accepted each week without single occupancy supplement. The holiday is available from May to September starting on most Sundays.

Travel times between the French ferry ports and le Moulin du Chemin by car are as follows:

Your hosts would be happy to advise you further on your travel plans, please contact them, through the contact form, for more information.

Get in touch for more information about this walking holiday: 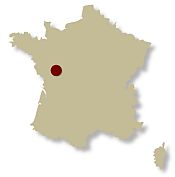 All other costs, including travel costs to the starting-point of this holiday.

Share on TwitterShare on FacebookShare on WhatsAppShare on LinkedIn